Home » R Training for The Novice Programmer and Everyone Else Whether you’re a new player in the big data world or an experienced person looking to brush up on topics, you’re likely to come across this fascinating language that has simplified the tutoring process for data science and machine learning enthusiasts. Built on the Java, JavaScript and C++ Framework, R training is well suited for individuals who have recently stepped into the field as well as a learning ground for those proficient in other languages and would like to expand upon the RStudio toolkit.

R training can be conducted on all major operating systems with a few extensions required for the Max OSX and Linux versions for supporting kernel space and platform compatibility for some of the softwares additions that make the learning process smoother and comprehensible. It is a free software available with all its extensions, libraries, user algorithms and additions available for no cost. However advanced versions of the software which would be used by professional learners with heightened software understanding charge a menial price. R has been consistently ranked as one of the best softwares for data science and training along with SQL. While the software supports a variety of file types for exporting and importing options, new learners and trainers are suggested to refrain to the use of Excel file extensions for the first few periods of training before jumping up to the bigger and more complex algorithms. R is conveniently compatible with several other major data science softwares such as Hadoop, Scala, Orange, Spark, Apache, SQL and many more.

The software allows for steady export of the code to the community online-RPubs, using a file format called RMarkdown. Code can also be exported online using the HTML, PDF and Word options. LATEX users will be pleased to know the software’s use of the popular extensions that allow for a clean and crisp typesetting of characters much akin to that of a research paper. As a result, users don’t have to dabble much time in worrying about the look and feel of the text as the software only requires users to play with the code alone.

Being a relatively new data centered software, one must understand that the mainframe supports the latest in statistical and machine learning applications. Avid coders would be interested in inputting through the terminal alone but novice users are highly requested to use the RStudio framework.

Users must be proficient in basic levels of statistical concepts and algorithms commonly taught to programmers and computer science students alike.

The interface has been built to support every kind of learner by providing reasonable and useful information on the syntax and packages which are just a click away.

Users must have a working level of the software’s ‘knitting’ code chunks where code can be inputted and arranged in such a manner that only specific portions of it can be executed as per the user’s convenience. Another important aspect is its dependence on packages to execute data specific actions and tasks such as classification and regression. As the software does not come pre-installed with all packages, users must familiarize themselves with the ones relevant to their project or use.

The Depth of Its Capabilities

R Training on the RStudio framework can be a hassle free task and also equip users with the knowledge of another light weight and multipurpose data software. The software is a powerhouse for algorithms commonly used for classification, regression, neural networks, support vector machines, clustering, ANOVA, hypothesis tests and much more. The software is also a state of the art tool when it comes to text mining, deep learning and fuzzy logic systems. Users may feel intimidated by its syntax but when compared to other data science software, the code doesn’t have a steep learning curve. The syntax uses relevant and useful terms to allow users and learners to perfectly memorize and execute code on the go.

R particularly is well known amongst the coding community for also having extendable packages for producing interactive and visually appealing results through the “Shiny” app. Familiarizing with this is extremely important as the right design can cast a remarkable difference in a person’s results.

While R as a language is most used by universities, where it’s a common choice for academic research (heavily centered in social sciences and biology), it also has several applications in the industry being used in everything from large scale database machine learning to prototyping.

The industry that has the second-highest share of R users is healthcare where it finds its use in the field of bioinformatics. The data suggests that the list for users is followed by government, consulting, insurance, power & energy, retail services, media & marketing and finally tech services.

R isn’t diminishing within any industry but the software’s hassle free integration with large scale platforms has made it a favorite for projects involving machine learning and fuzzy logic based control design strategies in chemical and electrical sciences falling under the sector of advanced process control. It’s visualization packages empowered by an unending design palette allows for simpler transmutations to web applications mainly for iOS and Android Apps that require MEAN stack development.

As the software has security features available at special priced packages, it allows for data to be stored safely as well, finding its use in market research studies as well as government and political studies.

To the average user, the software might seem like a simple structured language but once they start learning they’ll soon how it’s used and why it’s used in every echelon of the industry.

How to Get It Done

All software is best understood when they are actually put to use by the thinkers and innovators. Don’t just gravitate around a book and memorize codes. The user interface is there to guide you on your next journey to data diorama. But it’s ultimately up to how much the user knows that plays role in how much the user can do.

The software has already hit classrooms in India few years ago and can also be found in several high level institutional courses available online. Other sources include the interactive RPubs community itself as well the vast echelons of the internet with special training packages but this may not user friendly option for new learners.

Or why not just open up a random dataset to your liking and let the fingers do the talking. The results one will find will be astounding and educational. As they say, “The world is your oyster” and so goes for the software part for R training.

R training is highly suggested for the curious minds still on the fence about the relevance of data science. To give one a taste of just where one can find it, R has been used by software vendor such as SAS, Virign and SAP. If you’ve ever thumbed down through the pages of the New York times, one can find the graphs, quizzes, interactive featurettes and statistical reports all done by this wonderful tool. Amazon AWS, Google and IBM have sought its dynamic nature for statistical processing as well.

R training might seem like a more reasonable pathway through offline courses for data mining and science, but reputed institutes also offer wallet friendly and proclaimed courses for all kinds of students on the learning curve. For those on the lookout for an in depth immersion with the software, nothing is better than downloading it and playing around with its amazing features.

Business Analytics is Getting Bigger than Ever

What is Expected from a Business Analyst 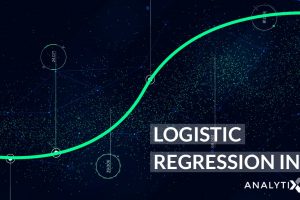 LOGISTIC REGRESSION IN R (With Examples) 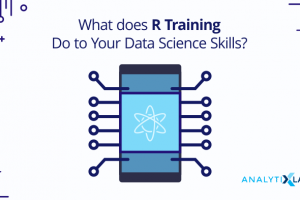 What does R Training Do to Your Data Science Skills?