Join us for our fully interactive live online classes as AnalytixLabs pledges Social Distancing!
Do you want to see future announcements?
Never show Carving a path towards future with data science

Thanks to the cutting edge technologies in the digital space, today we are already experiencing a fascinating world where an entire HD movie can be downloaded within minutes and tonnes of information can be shared within seconds. Social networking and online shopping has become part of our daily life now and today we spend a considerable amount of time on smart phones and gadgets. The amount of data which is being created by us has also been increasing at a rapid space as we create around 2.5 quintillion bytes of data every day and it is expected that every person will create 1.7 megabytes of new data every day every second by 2020, which indicates that the era of big data has already arrived. And thanks to advancement in data science that all that amount of data can be effectively analyzed and put into use which not only helps organizations worldwide but also improves our overall quality of life. As a matter of fact data science approaches like data analytics and big data analytics have redefined the way we look at data and data based technologies like Artificial intelligence, Machine learning and deep learning are reshaping the way data is utilized.

But how these technologies can make the world a better place and how they help in generating employment needs to be understood. Especially at a time when major economies like that of Malaysia and India are increasingly transforming into completely digital ones, analyzing the prospects of data science has become ever the more important.

Today’s business enterprises have to thrive under a host of challenges.

One of them is competition. Companies big or small have to take smart decisions in order to excel. And without proper information decision making involves unavoidable risks which may prove to be catastrophic. However, with data analytics, today’s business executives benefit from accurate information on the market, customers, sales and plenty of other sectors. Moreover, next generation technologies can provide real time information which is even more crucial and can become the deciding factor behind winning performances. Even small startups have benefitted after embracing big data analytics and many were able to sustain themselves under intense competition solely upon the fruits of BDA like targeted advertisement and market prediction.

Not only business enterprises but also governmental agencies and a multitude of other fields have benefitted from data science.

Nowadays we face many daunting problems in a multitude of fields. Governments all around the world face the threat of terrorism and security being of paramount importance, there is a dire need for a solution to that threat. Climate change is another important issue which needs to be dealt with immediately and almost in all the fields, speed has become a very important factor. Interestingly, data scientists see immense potential in data based approaches like BDA as solution to all those problems seem to be close at hand. As a matter of fact big data analytics has already been able to help cops with dedicated systems which can predict potential crimes and find out potential criminals. A number of banks have implemented big data analytics to take guard against financial frauds and the results are fascinating. BDA has been able to help sports teams to produce better results and doctors to diagnose patients, researchers with automated systems and environmentalists with accurate facts.

Thus, the fruits of data science are many and the future seems smarter with it! 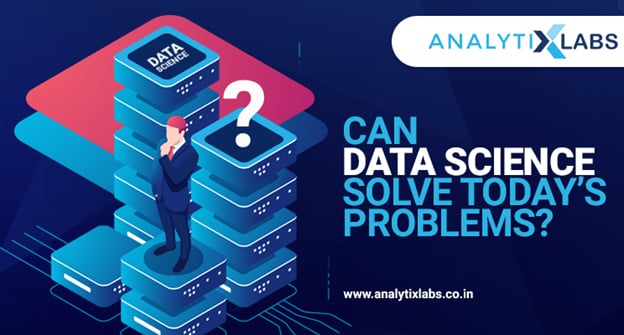 The question of employment!

Another massive challenge which the world faces today is the problem of unemployment. It is something that not only plagues developing nations but also well developed nations. As population across the world increases and major economies frequently face slowdowns, the problem of unemployment deepens. Job situation all over the world is very uncertain as even well skilled professionals fail to find well deserved jobs. Moreover, technology has also been accused of robbing people of their jobs as automated systems increasingly get adopted across industries. However, data science is one field which not only promises to generate a massive number of jobs but also quality jobs. The aim of data science is to let human resource work on more creative fields rather than on monotonous and time consuming tasks. Thus, it is projected that data science will create much more jobs than it will take away. Moreover, digitization is the mood of the hour and data being the fuel of digital economies, data science takes the top most position in terms of job creation. The demand for data scientists and skilled professionals in BDA, ML, DL are at an all-time high. Owing to its applicability over a massive number of fields and owing to its increasing popularity, skilled professionals in data science will find it very easy to land on lucrative job offers.

The talent gap in data science!

It has come to the notice of many that the world today suffers from a lack of talents in the field of data science. Demand for data scientists is increasing at a rapid rate but supply is low. And you can easily exploit the situation to your advantage. By learning the right skills in data science and by getting trained on the right tools which are latest in demand, you can easily land on a lucrative job opportunity. For example the SAS tool for advanced analytics was used by most of the fortune 500 companies but now the demand has significantly shifted to R & Python and thus SAS training doesn’t command the value it used to and with the rise of open source, skills on open source platforms are required to get employed with industry giants like Amazon, Facebook or Google. Hadoop-Spark is another important platform which is increasingly garnering attention and therefore one must also know them. Knowledge of Python and R also deems necessary if you want to increase your employability. Thus, rather than SAS certification program, Python training program can prove to be more beneficial to you if you are aiming to secure your career in AI and Data Science in the new age world. 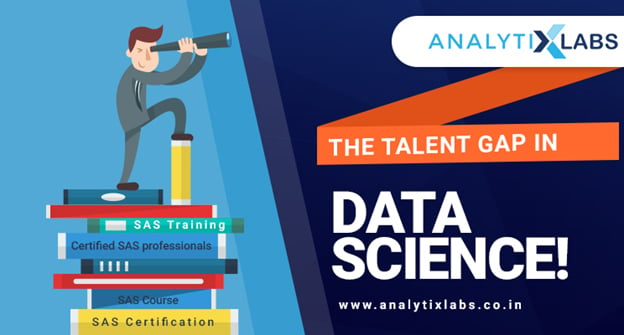 The Case of India

India is the fastest growing economy today and the government of India aims at developing it even farther by digitizing its sectors. The intention is to implement next generation technologies so that India can be transformed into a global power house. However, the most acute problem the country faces is the sheer lack of skills in the country’s engineering graduates. Despite a massive youth population and despite a massive number of students graduating every year, India still faces the lack of talent problem in data science. This is why many are opting for Python course, tableau course and optionally SAS course and in India today. Popularity of online courses such as online R/ Python training has also increased significantly, whereas popularity of online SAS training in diminishing rapidly. Still a SAS online training can prove to be fruitful especially for those who are already working in analytics and need to learn SAS tool for a particular requirement within the organization. Since, Bangalore is the IT capital of the country, most data science and BDA job openings are seen in Bangalore and this is why demand for SAS course in Bangalore is good dipstick to understand the requirements of certified SAS professionals, which is lacking in last couple of years if we go by the popularity of SAS certification in Bangalore. Python and R training along with SAS training will no doubt let many achieve their dream.

It takes 30 seconds to start your Analytics Journey