Home » Why R is a preferred Data Science language over SAS?

When the question is about which language to learn between R and SAS, it is directly related to the job industry. Learners will always prefer to learn languages that will help them sustain in the data world (in other words, job world). According to the latest data science job report, jobs for R has surpassed SAS for the first time. This is an eye opener for new learners as well as existing analysts to take note of the seismic shift happening in the data world. The numbers for this report has been collected from Indeed.com, a popular job listing platform. 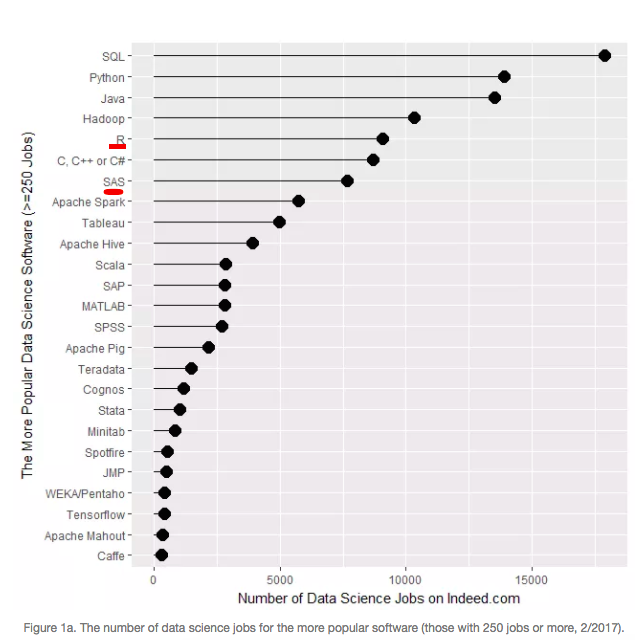 This change is not abrupt or sudden. Rather, over the course of time, R has emerged to become more beneficial than SAS in numerous ways as discussed below.

What are these languages?

SAS: SAS is a programming language that is used for statistical analysis. It reads data from common spreadsheets and databases, and gives outputs in form of graphs, tables, HTML, PDFs, and RTF documents.

R, on the other hand, is the open-source counterpart of SAS and considered to be lingua franca of Data Science. Researchers and data science professionals have been rooting for R for its open-source nature. Add to this, R is updated continuously with new features released immediately.

The Comparison: Why R is preferred over SAS?

R is a data science language that comes with a host of documentation available on the web, unlike SAS. Along with this, R is a cost-effective option which adds brownie points to R when comparing with SAS.

#1. SAS is costly; R is free and open-source

The primary reason for this difference is that SAS is designed for commercial purposes only. Thus, it is costly and ends up burning a hole in the pockets for data science professionals. One can access SAS probably when an organization invests in SAS, and that person is a part of that organization!

This makes SAS beyond reach for commoners. Thus, the next alternative is R, which is free, can be downloaded by anyone and is open source.

Data analysts prefer R. Yes, it’s because R is updated with latest features fast unlike SAS which releases upgrades in managing environment. This means, each upgrade is scrutinized and well analyzed (which is obviously good but slow).

Despite the fact that new releases in R may have bugs, the fact that any new invention in SAS has to be checked before being accepted makes R the clear winner. SAS is used in critical environments where experimental techniques cannot seep in. Although this is required given the environment where SAS is used, it will take a lot of time for SAS to catch up with R regarding latest inventions and updates.

#3. R wins with its graphical abilities

Talking about data visualization and graphical capabilities, R is, hands-down the winner here. R comes with packages like Lattice, GGPlot, GGVIS, etc. Although SAS is working quite a lot to improve and improvise its graphical abilities, the available options in SAS will take a longer time to match up with that of R. Add to this, the graph packages of SAS are not adequately documented like that of R.

#4. R has a host of latest techniques and experimental programs

R and SAS have the same place when it comes to standard statistical and modeling abilities. However, in a time when we are so focused on grasping advanced algorithms like machine learning and other such options, R overpowers SAS.

R was designed to make things simpler for a statistician. Hence, it comes with field-specific advantage clubbed with around 7500+ contributed packages. And frankly, this list just keeps growing. This is done through the Comprehensive R Archive Network (CRAN). This is the reason for the overactive R community and the host of latest techniques and experimental programs.

Another reason why R is preferred over SAS is that of R’s ability to integrate with Hadoop and to offer parallelization and machine learning abilities for analytics. Although SAS has also come up with various options to run analytics within Hadoop, R remains to be the first preference due to its flexibility (since R is an open-source platform).

In the present times, SAS has a lot of catching up to do to stay relevant and in league with R. SAS may give you entry in the data world, but that may be it. If you are looking to thrive in the data world, learning R is mandatory even if you know SAS. There is no set conclusion that SAS is out of the league, but the future definitely will see SAS to co-exist, if not in the same footage, with open-source language like R.

Big Data and Its Importance for Enterprise 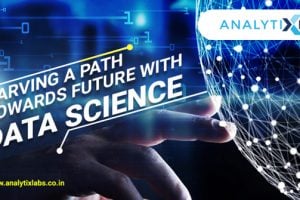