Artificial Intelligence (AI) does not belong to the future – it is happening now. With the global AI software market surging by 154 percent year-on-year, this industry is predicted to be valued at 22.6 billion US dollars by  2025.

Invented by John McCarthy in 1950, Artificial Intelligence is the ability of machines or computer programs to learn, think, and reason, much like a human brain. An AI system is fed in data and instructions, based on which the system draws conclusions and performs functions. It keeps learning human reasoning and logic with time, getting efficient on-the-go.

AI is everywhere – be it the auto-search on Google or driving cars. Artificial Intelligence with its comprehensive array of technologies, enables machines to ‘sense’ like a human brain, learn, and act.

Of course, there are tons of advantages and disadvantages of AI which we’ll discuss in this article. Before that, let’s understand the major types of AI or segments of AI.

You may also like to read: 101 of Artificial Intelligence – What to know as a beginner?

It is imperative that AI has enabled machines to understand verbal commands, distinguish images and texts, and do much more far better than a human. For instance, Amazon’s Alexa or Apple’s Siri or Google’s Hello Google. These are classic examples of artificial intelligence that takes in verbal commands and performs them with ease.

Given the rate at which machine learning, deep learning,  National Language Programming, predictive AI, and other related concepts are growing, it isn’t a mere hallucination to predict that one-day machines will walk amongst us replicating all human behaviors with panache.

The current AI systems are much capable of handling complex calculations at a tremendous speed. They can handle huge data sets and make accurate predictions. Artificial Intelligence is majorly classified into four stages considering its development or refinement:

These are those machines that do not store any memories nor any past experiences. It is ‘reactive’ in nature that reacts to the current scenario. For instance, IBM’s chess computer Deep Blue defeated international grandmaster Garry Kasparov six times in a row in the late 1990s. Deep Blue could identify chess board pieces and knew how each moves. It’s high intelligence-enabled it to predict all the possible moves of the opponent much faster than the human opponent. As a result, it could calculate the most optimal moves against each possibility.

This type of machine can peak into the past. A classic instance is the self-driving cars that can observe other cars’ speed and direction. These observations are added to its pre-programmed representation of the world. However, these information pieces are transient in nature rather than being permanent.

This type includes machine learning that tries to replicate the entire physical world – humans, creatures, objects – everything that can think and has emotion.

While AI-researchers have a long road to tread before self-conscious machines come into play, current AI scientists focus on honing machine learning skills of these computers. Enabling machines to respond more like humans are getting better each day.

You may also like to read in detail: What is Applied AI?

The benefits of Artificial Intelligence are clearly visible in the form of AI-enabled chat supports for brands, auto-search on search engines, smart predictions on eCommerce platforms, and more. Yet, there are many cons of AI that cannot be ignored. Below are the major pros and cons of AI.

This is why the adoption of artificial intelligence in various domains has shot up. When you can nullify human errors completely, you get accurate results. The catch is, to program properly.

Machines take accurate decisions based on the previous information that they gather over time while applying certain algorithm sets. Thus, there is a reduction in error and a spike in accuracy.

For instance, Google recently shared on its AI blog about a machine learning method that will work around predicting the weather. Google is going to call it ‘Nowcasting‘ which will predict weather zero tp six hours ahead of time. Google believes by using fewer data and simple methodology, they can predict weather more accurately, especially in events like thunderstorms or ones related to precipitation.

Putting machines into tasks that can be a danger to humans can pay off well. For instance, enabling machines to deal with natural calamity can result in faster recovery and lesser pressure on human teams.

This idea comes riding high on Google and Harvard’s initiative of developing an AI system that can predict the aftershock locations of an earthquake. After studying over 131,000 earthquakes and its aftershocks, scientists have tested this neural network on 30,000 events. It showed more accuracy in pinpointing aftershock locations when pitted against traditional methods.

It is obvious that machines don’t get tired. Machines can work endlessly without breaks and don’t even get bored doing the same thing repeatedly, unlike a human.

Similarly, Amazon Lex, the chatbot designed for call center by Amazon is capable of having intelligent conversations against human queries. It incorporates the same technology of Amazon Alexa – i.e. to recognize the caller’s intent, ask related follow-up questions, and provide answers. These chatbots are available round-the-clock catering to customers across the globe and varied timezones seamlessly.

(4) AI machines have no emotions

Machines have no emotions [well, unless you are Chitti, the robot, that, quite frankly, had me confused with its obsession over the female protagonist Sana]. This single attribute about Ai-enabled machines can help you deal with customer grievances more steadily.

Imagine a feature in your software not functioning suddenly causing inconvenience to your users. They will surely raise tickets, ping on your chat support and write emails. Often people attempt for ‘live chat’ rather than waiting on email or tickets to get resolved.

Now imagine having a human at the receiving end, who fully understands the issues and is trying hard to resolve queries in hundreds of numbers. At one point, that person will break. Chances are chats that may go hay-way in terms of sensitivity of language.

However, with an AI-enabled chat system, no such breaking point arises. Customers can throw any amount of weird queries, your chatbot has pre-fed answers that it will keep on showing as per its assessment of query.

It is definitely one of the safest ways to handle such scenarios because machines don’t feel anything. They will only analyze the words used in the query, matching them against the pre-fed information, and give out relevant answers.

Using artificial intelligence and other technologies can help make machines that can make data-driven decisions much faster than humans.

Why trust a machine’s decisions?

Simple – it is devoid of any emotions and biased views. When a human takes a decision, a lot of it it is driven by emotions. A machine, on the other hand, is highly practical and rational in its approach. This ensures more accurate and result-oriented decision-making.

For instance, IBM’s Deep Blue supercomputer takes decisions based on all the probabilities possible from the opponent’s end. A human cannot fathom so many probabilities in one go like a machine.

Looking at the complexity an AI-enabled machine handles, it makes sense that AI-driven initiatives can be heavy on pockets. Creating a machine that can mimic human logic and reasoning requires plenty of resources and time, making it quite costly.

The issue with machines is that it functions as programmed. While artificial intelligence has made machines capable of learning over time, they cannot learn to think outside the box. A machine will always analyze a situation in terms of pre-fed data and past experiences. It is difficult for a machine to be creative in its approach.

One of the classic examples is the Forbes earning reports. Forbes uses Quil, a bot, to write these reports. These reports are facts and data that are pre-fed to the bot. Forrester predicts that such bot-driven contents may replace 16 percent of jobs in the US by 2025 but it is a debatable topic.

The problem with this bot-written article is that it lacks the human touch, unlike other Forbes articles. The creative touch to explaining events and use cases while writing an article is not present when a machine does it.

This analogy leads us to the next pointer.

AI is replacing majority of repetitive tasks with bots. The need for human interference is going down as businesses look towards more error-free and risk-free work. Add to this; machines bring speed with it. This has resulted in the killing of many job opportunities that were once prevalent. Job roles like simple data entry or talking to customers in the first touchpoint i.e. chat supports are now handled by bots that can do it more effectively and round-the-clock.

A two-year-long study by McKinsey has suggested that by 2030 robots will replace at least 30 percent of human labour, i.e., almost 400 to 800 million jobs that will require 375 million people to switch jobs.

(9) No emotions can be daunting at times

While this is one of the key benefits of artificial intelligence, it is also a con of artificial intelligence. Machines cannot bond with humans, because they do not have emotions or sympathy. While machine learning and NLP has helped brands set up initial customer support through bot-enabled chat systems, they still require a human of blood and flesh to intervene at one point to resolve an ongoing issue.

If the whole of it is left to bots, customer experience across the globe will go downhill. Bots can do the initial touch basing. If customers query is resolved through pre-fed guide documents, great. If not, a ticket is automatically raised by the bot for a human to manually follow up.

Sometimes, a bot cannot understand your pain point because you do not emotionally drive it. You will always need a human ear to get things done.

(10) AI-enabled machines do not understand ethics

Another human feature that is hard to incorporate inside a machine – ethics. Morality is absent in a machine and it is also hard to design and convey through technology. Artificial intelligence can help businesses cut down the time taken to complete a monotonous task but expecting a machine to follow ethical values is as vague as drawing sketches on water.

That is a human trait, and I might add, an exclusive one that too.

If we see closely, the disadvantages of artificial intelligence lie solely in the fact that AI-enabled machines are not humans. If I have to sum up this whole benefits and risks of artificial intelligence, I’d say, machines have the power to do tasks at a higher speed, with more accuracy, and in lesser time. But we might still be far enough from that day when machines will start emoting like us humans.

AI may replace a few job roles temporarily, but overall it will increase global productivity and there will always be a need for humans. From history, we can draw some parallels on how the invention of steam engines shifted the manual workforce and led to the industrial revolution.

Despite that, the importance of artificial intelligence and its impact on global industries is undeniable. Every day it is growing by leaps and bounds to automate daily tasks while being agile and driving sustainability for businesses.

This certainly calls form upskilling and the need for AI literacy to succeed in new-age jobs. If you are planning to learn applied AI and machine learning, the core concepts required to build these amazing bots, get started today with AnalytixLabs, because trust me, there has never been a better time today to get into AI.

Have other thoughts? Tell me in the comments below.

LOGISTIC REGRESSION IN R (With Examples)

How to Become A Data Scientist - Step By Step Guide 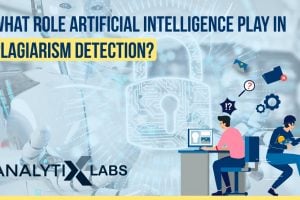 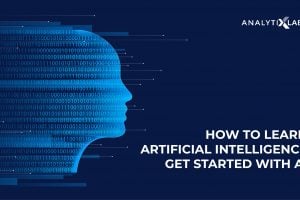